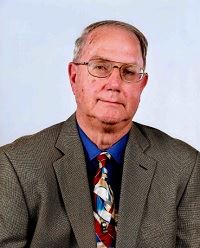 
Ray Shelton was born and raised in Bisbee. Growing up, he was very active in his church group, Boy Scouts, and many other activities. In high school, he loved basketball and was honorable mention for the State of Arizona. After graduating from high school in 1967, he attended Cochise Junior College, LeTourneau College in Longview, Texas and Western New Mexico University in Silver City. He graduated with a Bachelors of Arts Degree in teaching with majors in History and Physical Education and a minor in Safety Education.

In 1997, Ray graduated with a Masters of Arts in Teaching with majors in Political Science and Physical Education. His first educational assignment was teaching at 12th Street Junior High School. He then was the Superintendent at Naco Elementary School. From there he became Cochise County School Superintendent. His heart was still with the students of Douglas so he returned to be Vice-Principal and Principal of several schools in Douglas.

In 1990, he took a leave of absence so that he and his wife could teach in a missionary school in Papua New Guinea. After returning, he taught United States History which is his favorite subject. From there, he returned to Naco as their Superintendent. He then went to Valley Union High School District in Elfrida and became their Superintendent. In 1993, he took his full state retirement and returned to Douglas High School where he has been teaching Earth Science and Economics.

Ray has many hobbies and interests that keep him busy. He loves to go fishing, hunting, hiking, and camping. His boyhood hobbies have grown into the big boy stage. His favorite hobbies are coin collecting and Lionel Trains. His expertise in United States coins has grown immensely. His dream of building a Southern Pacific train layout of Bisbee and Douglas is on the drawing table.